HM Land Registry has begun to explore the use of cryptographic and biometric identity checks to support conveyancing in England and Wales. 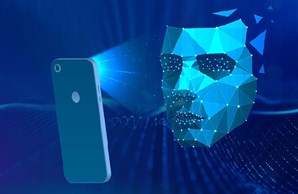 It is working on a project with the Law Society, the Council for Licensed Conveyancers and the Chartered Institute for Legal Executives, and has put out a call for potential technology suppliers to take part in a virtual event on the issue.

It also related the move to the need to resume activity in the property market while supporting distanced working when the coronavirus lockdown is lifted.

“We believe that cryptographic and biometric checking of identity, using microchip enabled passports or identity cards, might present a new, robust and convenient answer to the need to maintain social distancing while verifying an applicant’s identity,” Land Registry said.

The agency said a solution would apply similar technology to that used in automatic immigration barriers at airports, and which the Home Office has used in EU settlement scheme applications.

A user would place their passport next to their smartphone, on which an app would cryptographically check its validity. The user would then record a video which is compared with the passport phot on the chip to achieve facial recognition.

This could provide near immediate results using Android phones and iPhones.