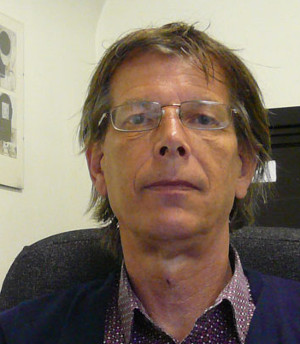 A charity in Yorkshire is finding digital inclusion work is booming, as it seeks to fill in gaps in public sector provision and meet people's needs for finding work in the digital age.

Paddock Community Trust (PCT) is a small charity based in Kirklees, West Yorkshire - an area including the towns of Huddersfield and Dewsbury (Paddock is a district of Huddersfield).

It might be said that social inclusion is built into the area: after local government reorganisation in 1972 the new metropolitan borough was named after Kirklees Priory, legendary burial place of Robin Hood, an early pioneer of one form of wealth redistribution.

The modern approach is less direct but shares similar aims: to lift people out of hardship by helping them find and keep work, through free weekly "Step by Step" drop in sessions offering advice on digital skills training and volunteering.

The trust's main learning centre is a classroom kitted out with IT in Paddock Village Hall, but it also runs a 'mobile classroom', taking laptops, tablets and mobile Wi-Fi out to deliver sessions at 23 different other local venues.

Simon Ashbee, managing director of Paddock Community Trust, says digital skills traiing initially began as a sideline for what was initially set up as Paddock Community Forum, part of a partnership including the NHS and Kirklees Council to run a five-year lottery- funded health project.

While this work being delivered, the forum separately started running IT sessions for adults from 2005, and since then training has become its main source of income, Ashbee says.

"Like many other third sector organisations, we are facing increasing demands from Jobcentre Plus with Universal Jobmatch - there is a constant flow of referrals to Paddock.

"Digital skills are vital for people unsure about how to use Universal Jobmatch, and also with an increasing need to submit CVs and job applications online. But there is limited provision available elsewhere in these communities and neighbourhoods: there is simply not a lot of opportunity to access IT for free outside libraries."

The trust is also working with a local social housing provider to bring Wi-Fi into people's homes, a promising new approach, he says. "So many of their tenants don't have access, so its about training but also hardware and the wherewithal to access the internet.

This has also led to work to help shape a social housing digital inclusion strategy for the area, with a pilot project being designed to engage with as many tenants and residents as possible through a combination of improving connectivity, training and access to IT, good communication and signposting to other providers, Ashbee says.

"In the medium term this work will also develop efficiencies for the social housing provider, by increasing tenants' take-up of their online services such as reporting faults, making payments. They are looking at it as a means of making efficiency savings."
Pictured: Simon Ashbee, managing director, Paddock Community Trust