Scotland’s Improvement Service (IS) has completed a proof of concept and developed an interactive prototype of a national database for dog control notices. 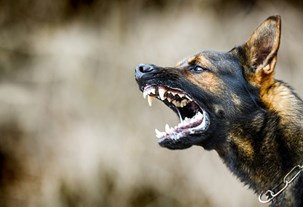 The organisation, which provides support for the country’s local authorities, has been working on the project with Police Scotland, six councils and Tata Consultancy Services.

The move has been prompted by strong support from local authorities and the police for a national database following concerns about a rising number of dog attacks on people, variations in control notices served by councils and a Scottish Government consultation on the issue, the results of which were published in June 2020.

There is a significant issue in that when a dog owner issued with a notice changes address, even within the same local authority area, a new one has to be issued, and it is difficult for councils to keep up with this. A searchable national database would make it easier to track – partly through the sharing of photos of the dogs – and encourage a more consistent approach to managing the notices.

IS has produced a report on the project that has highlighted the inconsistency of data within existing technology platforms used by the six councils, but also says the metadata for a database is available and that data was ingested into the prototype.

It adds that there is a need for a data sharing agreement, which could be facilitated by IS along with definitions of the necessary data structures.

The report suggests it is possible to develop a beta version used by all 32 councils, followed by a live version, although it does not provide a precise timescale.