HM Courts and Tribunals Service (HMCTS) is beginning the national roll out of its Family Public Law digital service for England and Wales. 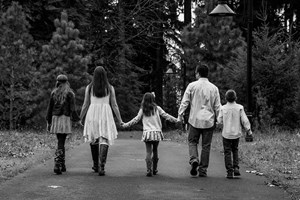 It has announced the move after it moved cases from courts in Swansea, Cardiff and Liverpool to a centralised team in Stoke in March of this year.

Public law cases are brought, usually by local authorities, to safeguard the welfare of a child they fear is in danger, and can lead to a number of court orders as protective measures. The digital service has been developed to provide for more online processes and data sharing between agencies, and for many of the administrative tasks to be carried out by a central team.

HMCTS said the feedback from local authorities on the early use of the digital service has been positive.

The national roll out plans had been placed on hold by the Covid-19 pandemic, but HMCTS said that since March it has researched and improved the workings of the case management order process. It has also worked with councils on improvements on the digital application form and can add legal firm representatives to digital cases.

It is planning a phases approach to bringing remaining courts, councils, legal firms and the judiciary into using the system.