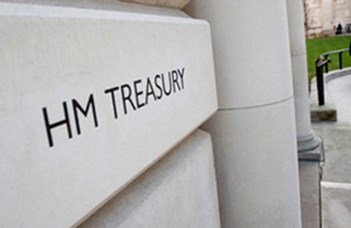 It said it is making the move as part of its long term tax digitisation plan, aimed at making it easier to pay tax and reduce avoidable errors and fraud.

Making Tax Digital, operated by HM Revenue and Customs, is aimed at shifting most transactions for tax payments to digital channels.

The first stage of the extension, from April 2022, will involve removing the £85,000 per year turnover threshold so that all businesses registered for VAT will use the system. The second stage, from April 2023, will apply it to all taxpayers on self-assessment with income of over £10,000 per year.

The Treasury said the long lead-in time will allow businesses, landlords and agents time to plan. It should also give software providers enough notice to bring a range of new products to market, including free software for businesses with the simplest tax affairs.

It added that over 30% of smaller VAT-registered businesses have already chosen to use the system voluntarily, attributing this to the ability to reduce errors and increase productivity.

Another possible change, which will go out for consultation in the autumn, is to extend Making Tax Digital to incorporated businesses with corporate tax obligations.

Financial Secretary to the Treasury, Jesse Norman, said: “We are setting out our next steps on Making Tax Digital today, as we bring the UK’s tax system into the 21st century.

“Making Tax Digital will make it easier for businesses to keep on top of their tax affairs. But it also has huge potential to improve the productivity of our economy, and its resilience in times of crisis.”

He added that the move has come partly from the Covid-19 pandemic highlighting the need for a businesses to have more up-to-date information on their finances and tax obligations.

The announcement was one of a number on the Government’s Tax Policy Making framework, which will be included in the Finance Bill 2020-21.