Highways England has launched a search for a stopped vehicle detection (SVD) system to support the operation of smart motorways. 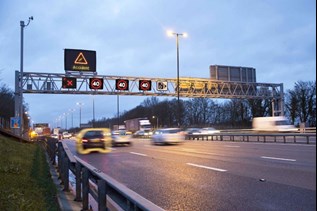 It wants the technology to quickly detect that a vehicle has stopped moving and set road signals to alert other drivers.

This was identified earlier this month by the Department for Transport (DfT) as one of the main steps in the effort to make smart motorways safer, following protests that they are hazardous for drivers, largely due to the elimination of hard shoulders.

Highways England has published a prior information notice saying that it wants a radar solution with a supporting system to provide its regional operational centres with alerts, and that the installation will be carried out by third parties.

It has indicated that the contract will be split into two lots, one covering the immediate requirement for a radar solution for the strategic road network and valued at between £7-16 million. The other, with the same value range, will involve radar or possibly another technology and stretch into the medium term.

The DfT report emphasised the importance of speeding up the deployment of SVD technology across the motorway network.