The High Court has ruled against an application for councils in England to be allowed to continue to hold remote meetings when the temporary regulations on the pandemic expire. 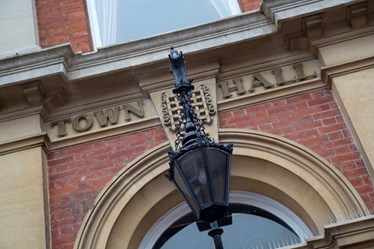 It will effectively require local authorities to ensure that full council and committee meetings take place at a specific location and that being ‘present’ involves being in the room.

This will prevent them from continuing with holding the meetings through online platforms, which has been the norm since the Government suspended the requirement for physical meetings in April of last year in response to the Covid-19 lockdown.

The case had been taken to the court by Hertfordshire county Council with Local Government Lawyers (LLG) and the Association of Democratic Services Officers (ADSO). They argued that the decision to require physical meetings from 7 May, despite resulting from the expiry of the lockdown measure, would cause problems due to the need for physical distancing and undermine democratic accountability by deterring members of the public from attending.

The case even won the support of the Ministry of Housing, Communities and Local Government (MHCLG), and the High Court acknowledged the arguments in favour of remote meetings. But it said there are also arguments in favour of insisting on physical meetings and that the choice has to be determined by legislation, not a court decision.

“The decision whether to permit some or all local authority meetings to be conducted remotely, and if so, how, and subject to what safeguards, involves difficult policy choices on which there is likely to be a range of competing views,”it said.

“These choices have been made legislatively for Scotland by the Scottish Parliament and for Wales by the Senedd. In England, they are for Parliament, not the courts".

“We recognise that this will be a great disappointment for many across the sector and we will now direct our energy, and the momentum that has been generated, into lobbying government to quickly bring forward the necessary legislation to overcome this impasse and to ensure that councils have local choice to determine the methodology by which meetings can take place.”

The Local Government Association (LGA) said councils have wanted the powers to hold online and hybrid meetings, and that the decision will force many councils to hire large external venues for meetings.

Its chair, Councillor James Jamieson, said: “A recent LGA survey of its members revealed that 83% of councils said they would be very likely or fairly likely to conduct meetings both online and in a hybrid way once the coronavirus emergency was over if they had the power.

“The current flexibility has been paramount in allowing access for both councillors and the public into council meetings.  Many councils have, in fact, seen significantly increased participation by the public in meetings where important decisions are made about planning, housing and the provision of local services.

“Councils want the flexibility to continue to meet in this way and continue their business, especially in times of emergency such as when flooding occurs or if there is significant traffic disruption due to weather conditions.

“The Government gave clear evidence at the hearing in support of allowing the option of online and hybrid meetings. Unfortunately, the judgement is clear that primary legislation is needed to allow councils to use technology to hold meetings.”

There is still a possibility for a long term change in the law, with MHCLG having begun a consultation on the issue to be open for evidence until 17 June.