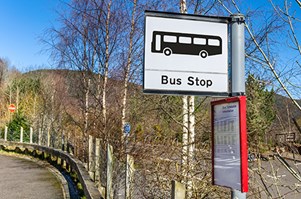 Dorset, Isle of Wight, Oxfordshire, Portsmouth, Southampton and West Sussex are named on the RTPI contract notice as permitted users, but their participation may depend on the success of funding applications. The four-year framework agreement will start on 15 September 2021 and has an estimated value of £16 million.

According to a document published by the county council in January, as part of the preparations for the new agreement Hampshire invited other local authorities to participate. Unlike previous versions of the framework agreement, Hampshire planned to charge the other authorities a fee of two percent, which it would use to develop and maintain bus-related infrastructure.

The document says that Hampshire has approximately 8,000 bus stops, all owned by the county council. The existing agreement allowed it to improve facilities at these by offering up-to-date information and mobile phone messaging options, something the council said has been particularly important during the pandemic.

* Norfolk County Council is looking for a demand-based public transport service for more than 7,000 people living in villages and hamlets south of Swaffham in the west of the county. It has published an information notice for a “fully digitised demand responsive transport service” with online booking and optimised route scheduling which would run between 7am and 7pm, Monday to Saturday.

The contract will run for four years with funding from the Department for Transport with services planned to start in January 2022. The council, which hopes the service will become commercially sustainable after this period, is looking to discuss the plans with potential suppliers over the next few weeks.