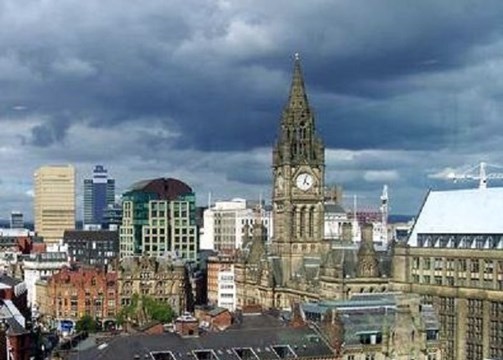 A pre-existing digital platform and strong data capabilities have been crucial in Greater Manchester’s response to Covid-19, and are feeding into the city’s long term strategy for health and social care.

“Data is going to be one of the parts of building better solutions,” said Jon Burt, lead enterprise architect for the Greater Manchester Combined Authority (GMCA).” We are looking at a new normal and will be more data driven.”

The combined authority’s approach has reflected its responsibility for supporting and coordinating efforts by the councils and other public sector organisations in the city-region. It extends to NHS trusts and clinical commissioning groups, working closely with the Greater Manchester Health and Social Care Partnership (GMHSCP).

It took a major step before the Covid-19 pandemic broke, with a £14.3 million investment in the development of a digital platform to join up health and social care.

“It’s seen as a single platform, not one piece of software but a toolbox of different pieces of technology,” Burt said. “Some are for APIs and integration, others for a single source of truth and semantic harmonisation, and there are low code capabilities to do digital transformation pieces.

One significant project was launched pre-pandemic with the development an Early Years App for digital assessments of young children’s development by professionals such as health visitors and school health services. It has been piloted in the borough of Bury with a view to rolling it out across Greater Manchester by next year.

But the platform has really proved its value in responses to the pandemic, in which speed has been of the essence.

Bury Council was again to the fore in the development of a community volunteering app to coordinate support for people on its shielded list. Burt said the proof of concept was achieved in a week, the app was rolled out in two weeks, and a second iteration came a few weeks later. Rochdale Council developed it further to make it more proactive, so its staff could use it to contact people who were shielding rather than wait for them to request support.

A city-wide initiative has followed with the development of the Situation Reporting System to monitor stocks of personal protective equipment (PPE). It enables those using it to upload details of their PPE stocks, providing the city’s PPE Taskforce, which is managing the procurement and distribution of supplies, to see where the equipment is likely to be needed in the coming weeks.

GMCA has highlighted the system’s role in supporting care homes, although it has also been deployed by GP practices, community pharmacies and urgent dental care centres.

The authority has moved on to the development of a case management system to support local organisations’ contribution to contact tracing – initially to be made available to local authorities in Greater Manchester.

“The national track and trace system is there as the first point of contact, and it picks up the vast majority,” Burt said. “Where it needs to be escalated down to locality level, something Mayor Andy Burnham has been quite keen on, is where local authorities and others can help with complex cases.”

The initiative is part of the effort by ANS Group to work with local authorities on helping them to identify and contain potential Covid-19 outbreaks – in places such as offices, housing complexes, care homes and schools – with a system built on the Microsoft Dynamics platform.

It enables them to track confirmed cases and those with symptoms along with information on who they come into contact with, using a CSV file and Dynamics Customer Service solution. Users can create and assign tasks for each case and ensure they are completed in good time, while real time dashboards make it possible to monitor queues, view priorities and ensure all users stay on top of their workloads.

Looking beyond the pandemic, Burt said GMCA is developing a capability to build new digital solutions much faster than in the past, that in recent months there has been a rising awareness of the value of real time data, and that its improved availability of data is going to be high important.

“Data is going to be one of the parts of building better,” he said. “We are looking at a new normal and will be more data driven.

He added: “Our focus is changing at GM. Data is a massive part of that with more traditional elements of smart cities approach. We need to wrap them together to have real time data, and make it available to stimulate the economy as well.”

Andy Barrow said this is compounded by the way the pandemic has quickly changed the culture in how people use and see the value in collaboration tools, pointing to the increased use of video functions as an example. And he emphasised Greater Manchester’s position as an exemplar of what can be achieved.

“We want to share the hard work GMCA has put in,” he said. “The system architecture proved its worth on day one of pandemic. The capability was ready at the beginning and people were able to buy into the central architecture. “They’ve built some things very quickly.”

You can read more about ANS Case Management for Outbreak Control here, or catch up on Jon Burt and Andy Barrow's presentation below: