The Greater Manchester Combined Authority (GMCA) has confirmed it wants to go ahead with the proposal for a public services network for the region. 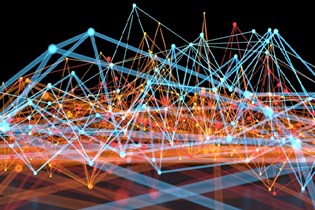 It has announced that it is looking for a supplier to build and support the GM One Network, following a discovery project by consultancy UBDS. This would provide a single network infrastructure for public sector organisations connecting about 1,200 sites around Greater Manchester.

GMCA’s initial partners in the project are Oldham, Rochdale and Stockport Councils, along with Transport for Greater Manchester, and other organisations in the city-region will be able to use the relevant services.

It stated: “As public sector resources remain stretched, continuing to transform our public services, including our digital infrastructure, is more important than ever. Public sector infrastructure and networks haven’t changed much in the last 25 years; however, the amount of interconnectivity between public sector organisations has increased as we work together more closely.”

It added: “GM One is an exciting programme with the potential to elevate Greater Manchester’s digital aspirations by laying the foundations for a transformation enabler across the region.”

GMCA said the GM One Network will provide for stronger connections between local public sector bodies, and act as a catalyst for smart city projects and to meet priorities within the Greater Manchester Digital Blueprint.

It said the discovery project revealed that, as well as the innovation potential, the outline business case indicated significant cashable savings over a 10-year period compared with projected operating costs for current networks for the initial five organisations involved.

Other benefits could include: an increase in mobile working; an improved user experience through the use of a common platform; reduced spending on wide area networks; a reduction in the density of local area networks; a move to a software/policy defined network platform; and additional buying power using shared network infrastructure.

The network can be built on the 2,700km fibre optic broadband infrastructure for the region to be delivered by Virgin Media Business, supported by £23.8 million from the Local Full Fibre Networks Programme and local investment.

A prior information notice published in February indicated that the value of the deal to provide core connectivity for the initial five partners would be around £30 million. A newly published tender notice sets the larger value for the broader public sector around Manchester at up to £300 million.

The contract will run for five years with options for extensions of three then two years. The tender process open until 28 May.