The Government Digital Service (GDS) has said that virtual assistants such as Alexa and Google Home can now access more than 12,000 pieces of government information. 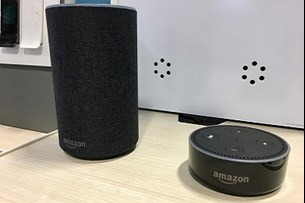 This follows a trial project in which a GDS team has worked on enabling people to access information from the GOV.UK platform through voice activated speakers and virtual assistants.

This has led to Alexa being able to answer questions such as ‘When is the next bank holiday?’ and ‘What is the national minimum wage?’, and Google Home to respond to ‘How do I apply for a new passport?’ and ‘How do I get free childcare?.

Head of GOV.UK Jennifer Allum said: “We want to simplify people’s interactions with the government, making information clear and accessible to everyone.

“These results are promising because voice services can be a really convenient way to get information, particularly for people who find computers and phones hard to use.”

GDS indicated that other government services that could soon be accessed by voice include renewing car tax and finding out details about how to get married.

Minister for Implementation Oliver Dowden said: “This is all about making life easier for people who need to access information about government services. And with millions now using smart speakers, I want government to keep up and work smarter too.”

Last year Neil Williams, at the time deputy director of GDS, highlighted the growing importance of voice searches on the internet and said GOV.UK would have to respond. Research company Comscore had forecast that 50% of internet search will be made by voice by 2020.

Some central government departments and agencies have taken steps to integrate voice searches into their systems. HM Revenue and Customs has developed a service using Amazon Alexa to help people in renewing their tax credits, and the Driver and Vehicle Licensing Agency and the Met Office have launched relevant initiatives to deal with enquiries.