Public services are among the areas that would benefit from increased co-ordination of large scale computing in the UK, according to a new report from Government Office for Science (GOS).

It says a stronger computing capacity could contributed to increased reliability of services and better cyber security, and that there is a strong case for continue public investment in the field.

It advocates a long term commitment to building the UK’s capacity with oversight from central government and increased co-ordination of the effort.

The report examines the interdependencies between hardware, software and skills in relation to supercomputers and how they help solve the key industrial and scientific problems of our time.

It says large scale computing is an essential tool for solving industrial and scientific problems, and that while the UK is a world leader in a number of domains – including data analytics, cyber security and machine learning – its infrastructure lags behind that of other major economies and needs a long term focus taking in elements such as skills and software.

There is a risk that lack sufficient access to computing can create bottlenecks in research, development, prototype and testing, and it needs more than investment in hardware to achieve the full potential.

In response the report makes a number of recommendations, including the setting up of team within government to provide policy leadership, and the design of a roadmap to help meet the needs of a diverse set of users.

It says there should be a wider adoption of best practice in developing verifiable software – including in government – that career pathways should be developed to build the national skills capacity, and there should be a long term roadmap for procurement to encourage domestic investment in the development of computing systems. The latter point is aimed rebalancing the supply chain to reduce the reliance on suppliers from outside Europe.

GOS pointed to public health systems as one of the areas that could benefit most from the investment, with the capacity to support innovations in artificial intelligence, data processing and simulations. 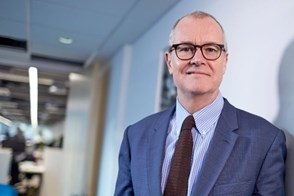 Commenting on the report, Government Chief Scientific Adviser, Sir Patrick Vallance (pictured) said: “This report sets out the building blocks required to create a world class computing ecosystem so the UK can realise the true potential of large scale computing and harness this technology to strengthen its position as a science superpower.”