The Government has proposed changes in the law around digital infrastructure with the aim of boosting mobile connectivity in rural areas. 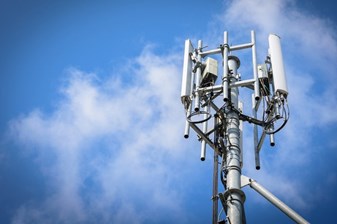 The Department for Digital, Culture, Media and Sport (DCMS) and Ministry of Housing, Communities and Local Government (MHCLG) have published a joint technical consultation on the issues, to run until 14 June, following an earlier consultation on the principles of the reforms.

DCMS is also to develop a new code of practice for mobile network operators on how they can work with local authorities on building the infrastructure.

Among the key points of the new consultation is that existing mobile masts can be strengthened without prior approval so they can be upgraded for 5G and shared between operators, and new masts can be built up to five metres higher, totalling 30 metres in unprotected areas and 25 metres in protected areas.

Operators will have more freedom to erect slimline ‘monopole’ masts up to 15 metres high, and building based masts could be placed closer to highways to provide better mobile coverage for road networks.

In addition, cabinets containing radio equipment could be deployed alongside masts without prior approval.

The code of practice will contain best practice for siting new infrastructure, particularly in protected areas, and ensuring stakeholders are properly consulted.

Digital Secretary Oliver Dowden said: “We want to level up the country and end the plague of patchy and poor mobile signals in rural communities.

“Today we are setting out plans to make it easier for mobile firms to transform connectivity in the countryside and propel villages and towns out of the digital dark ages - providing a welcome boost for millions of families, businesses and visitors.

“These practical changes strike a careful balance between removing unnecessary barriers holding back better coverage, while making sure we protect our precious landscape.

“Most new masts will still need to be approved by local authorities, which will have a say on where they are placed and their appearance. Robust conditions and limits will remain in place to make sure communities and stakeholders are properly consulted and the environment is protected.”

In March of last year the government announced a £1 billion deal with four mobile network operators for a shared network of new and existing phone masts in partial and total ‘not spots’. It has claimed significant progress in improving connectivity in rural areas,  pointing to an agreement in January between O2, Three and Vodafone for a joint venture to build and share 222 new mobile masts.