The body in charge of post-Brexit border arrangements has outlined the future use of a number of digital systems for the customs control of freight movements. 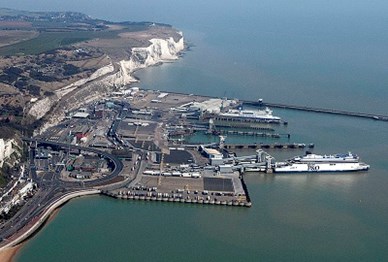 The Border and Protocol Delivery Group (BPDG), which sits within the Cabinet Office, has included the details in its new report The Border with the European Union: Importing and Exporting Goods.

Details of the digital systems include the development of a dedicated digital portal for hauliers to ensure they have access to all necessary information and resources, along with support in their own language.

One of the key processes, the presentation of a transit accompanying document (TAD) for goods arriving in the UK, will be completed digitally using a new Goods Vehicle Movement Service. Hauliers will be required to submit their transit movement reference numbers (MRNs) and vehicle/trailer registrations through this before checking in at the port of departure, and the information will be assessed during the crossing to the UK.

The document says that some ports may still choose to operate a paper based office of transit.

Along with this the Government intends to digitally issue Kent Access Permits for heavy goods vehicles (HGVS) approaching the port of Dover and Eurotunnel, and to make the use of a web service for checking that an HGV is ready to cross the border a legal requirement for vehicles over 7.5 tonnes.

For export health certificates for animal products, the Department for Environment, Food and Rural Affairs has set up a digital online application service named EHCO, which should replace the current manual PDF process by the winter. The document says further details will become available for Scotland in due course.

The BPDG said it is a live document which will be updated on an ongoing basis.

The plans in the report will be crucial to facilitating a smooth flow of imports and exports when the Brexit transition period ends at the turn of the year. There have been warnings about severe disruption if the systems are not in place, but the document provides details that could allay some concerns.

Industry associations have produced different responses to the plans.

The Road Hauliers Association welcomed publication of the report, and its chief executive Richard Burnett said: “It’s vital that hauliers and traders do everything they can now to prepare for our new trading relationship with the EU.

“Firms moving goods across borders will have to undertake customs processes whether there’s a deal or no deal. The message is clear – if the paperwork’s not right, the goods won’t cross.”