Redcar and Cleveland Borough Council has said it is to receive £3.68 million from the Government towards costs of the cyber attack it suffered in February of last year. 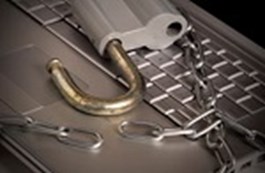 It said the Government has acknowledged that its losses have not been down to financial planning but the “unique circumstances of a criminal ransomware attack”. It has so far had to cover the costs from its reserves and other funding.

The council’s IT systems – including appointments booking, planning documents and the housing complaints system – were knocked out and had to be restored or replaced following the attack, although it said they had been “approved by government” beforehand.

According to a report last year by the BBC, the total costs amounted to £10.4 million.

Improvements have since been made, including the provision of new firewalls.

Councillor Mary Lanigan, leader of Redcar and Cleveland Council, said: “This offer from the Government is unprecedented and is the result of long and hard, but fair, negotiations with our colleagues in central government and our team pushed very hard.

“We are pleased that the Government recognised the unique circumstances under which we requested support and awarded grant funding; rightly distinguishing the criminal ransomware attack suffered by the council from the financial rescue packages of some other local authorities where permission to borrow has been granted.

“These cyber criminals were not just causing damage to a council computer system but were attacking all the people we provide services for, including some of our most vulnerable who we help protect and provide for.

“We can be proud that none of our most important services were stopped and I would like to pay tribute to all those hard working teams in the council who worked so hard to keep our services going. No money was handed over to these criminals and we continue to hope that they will eventually be brought to justice.”