The Government Digital Service (GDS) has updated the proposition for the GOV.UK website. 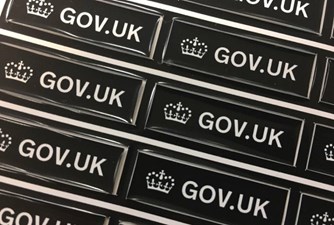 It has made changes in the guidance for domains, content and exemptions for the central government platform, with an indication that it is planning to make further updates each year.

A team from GDS has outlined the changes in a blogpost, saying they come in response to the feedback from users on the way the proposition – aimed at helping departments and agencies publish information through the site – has evolved since it was launched in 2014.

It pointed to four main changes, the first being additions to the list of the domains that make up GOV.UK, such as campaign.gov.uk and service.gov.uk. This comes with clarifying the difference between GOV.UK as a website and .gov.uk as a domain, with variations on the latter all being placed on the former.

Second is an update on what should go on GOV.UK, such as campaign activity and raising awareness; and third a clarification of what should not go on, such as party political content and advertising. The latter is accompanied by an update list of organisations that operate independently of GOV.UK.

Finally, GDS has combined guidance on which government websites and domains are exempt from being placed on the site. It emphasised that it is always necessary to apply for an exemption and that the qualifying requirements are now more stringent; and said there will be less of a case for exemption in the future.

It also said the proposition will now be treated as a live document, inviting feedback and making updates every year.

The move is the latest in the development of GOV.UK, following indications that it will provide a platform for more proactive and personalised services. The blogpost said this will include improved support for third party consumption of data and data sharing between services.