The chief executive of the Government Digital Service (GDS) has reiterated familiar priorities and the need for a new digital identity mechanism as the focus of the organisation’s work over the next five years. 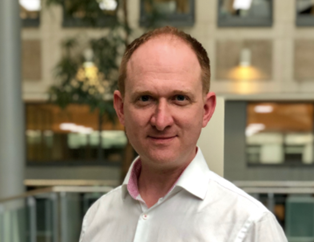 Tom Read highlighted the issues in an online presentation staged by the Institute for Government thinktank.

He praised the work of GDS over the past 10 years but said “there is a risk we have declared victory too early”, saying that a large number of government services that still require paperwork, with over 4,000 in central government alone requiring the downloading of a PDF.

“We’ve got three things we’re focusing on for about the next five years,” he said. “One is GOV.UK, in that we need to keep that reliable, up-to-date with fresh content and keep checking with users that it works as critical national infrastructure.

“Secondly, personalise whole user journeys. I want to start looking at things, maybe life events or types of people, such as turning 18, retiring, having a baby, starting a business, all ‘as a service’. How can we use data and all the things we know about citizens and how government works and make it simple for users.

“Third is what I refer to as our B2B arm, that we should still be building platforms and components once in the centre for re-use across government. That’s not just because it’s cheaper and efficient, but because, if we’re going to tackle that long tail of 4,000 forms, if we can go out to departments and agencies and say ‘This is digital government in a box, just play and play’, we can go at scale and get that long tail sorted out.”

Related to the last point, he referred to the plan to develop a new digital proof of identity service for government as a replacement for the Verify service, which has recently been given an extension to stay active until April 2023. He briefly acknowledged that it had been difficult to get departments and agencies to use Verify, but said the replacement, along with a single sign-on, would be crucial in making it easier for people to user government services.

Read emphasised the importance of user centred design, saying that in developing the tools GDS will ned to work closely with other government bodies, not just digital but policy and operations teams.

“We sometimes forget when talking about user needs that civil servants are users, and we need to understand what people are trying to achieve,” he said.

This came with an acknowledgement that GDS is working differently with other government bodies than in its early years when, under former Cabinet Office Minister Francis Maude, it took a forceful approach in trying to impose its solutions. Read spoke of a more collegiate approach and said there is a great commonality of views between departments.

He also clarified that both he and Joanna Davinson, executive director of the recently created Central Digital and Data Office, are reporting to Alex Chisholm, chief operating officer of the UK Government.