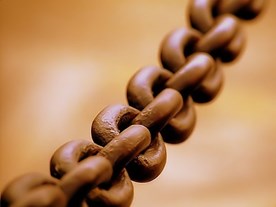 It said the move has a relevance to government bodies and industry as permissioned distributed ledgers are better qualified for business use cases than those that are permissionless. There is wider familiarity with permissionless ledgers as these are used for bitcoin.

The group will work on issues related to the operation of PDLs, business use cases, functional architecture and solutions for their operation. This will take in interfaces, APIs, protocols and data models.

While still a fledgling option for government bodies, blockchain has stirred some interest with its potential to support legal processes and make public service processes more transparent.

Last April Matt Hancock, digital secretary at the time, said it could make government services more efficient, and the Scottish Government has published a report highlighting the potential. HM Land Registry and the Food Standards Agency are running projects to test its capabilities.

Founding members of the ISG PDL include Ericsson, Huawei, Intel, Telefonica and Vodafone. They will meet for the first time on 24 January.