East Sussex County Council has set up a deal worth up to £400 million with MLL Telecom for network services in its region. 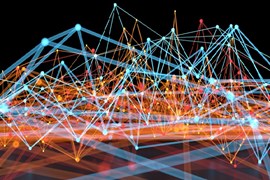 It has published a contract notice for a single supplier procurement framework for the South East Grid Consortium of 11 local authorities – previously known as The Link Consortium – with the deal open to all public sector bodies in the region.

The contract has an unusually long term, set to run until September 2036, reflecting its purpose supporting a public sector network for the South-East.

The notice emphasise that the consortium has a number of priorities, including continuity of service as an existing contract comes to an end, and to meet emerging requirements for network services.

It also emphasises the importance of deploying gigabit capable fibre infrastructure that could be used by local businesses and residents, and to build up the consortium around the region.

South East Grid has said that since it was set up as Link in 2012 its members have enjoyed savings through the sharing of costs, removal of duplication and enabling a collaborative sharing of building assets.