The Department for Work and Pension (DWP) has completed the migration of 11 core legacy applications to its VME-R (virtual machine environment replacement) platform. 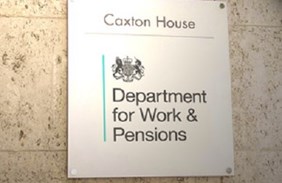 In February it completed the migration of income support and state pensions services, following the moves of the jobseeker’s allowance payments system in April and then the disability living allowance system in August of last year.

The programme, which has effectively modernised applications built in-house, began in December 2018 with the housing benefit computer system.

According to software and services firm Advanced, which has worked on the programme, it has been the largest project of its kind by a UK government department.

Around 25 million lines of application code had to be refactored using an automated approach for an integrated development environment, with over 10 billion data rows migrated, converted, loaded and verified.

Mark Bell, VME-R deputy director at DWP, said: “We had some of the biggest VME applications in the world, yet many were around 40 years-old – based on old ICL mainframes and COBOL application code – and were proving difficult and expensive to maintain.

“They weren’t simple systems; they were highly bespoke, highly optimised, and adapted and fine-tuned over the years. We needed to modernise and move them so they were more cost effective to maintain going forward.

“Completing this programme, together with Advanced, significantly addresses the technical debt within our IT estate and provides us with a modern infrastructure we can be proud of. Now, we probably have the best performing batch infrastructure service in the world. Batch services for the jobseeker’s allowance payment applications, for example, are up to 60% faster on our new services.

“In addition, we are able to develop, package and deploy benefit application code changes quicker than we could ever have imagined.”

He added that it “represents a large step forward in our department’s modernisation agenda”.