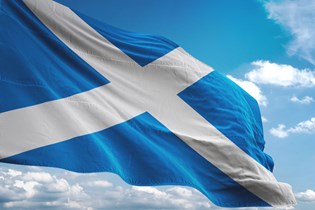 It has chosen SmartCitizen to provide the customer management system and Euclid to run card and bureau services. The contracts are valued at £431,000 and £5.98 million respectively, based on providing business as usual in line with growth for up to six years.

Scotland’s Improvement Service – the national support body for local government – said the deals will secure the operation of the system from November for four years with options for two one-year extensions.

The contracts were awarded through the not-for-profit Smart Applications Management (SAM) Framework.

Dundee acts as the Improvement Service’s delivery partner for the scheme.

“For Scotland’s young people, their Young Scot NEC also offers access to rewards, discounts, unique opportunities and bespoke support. The new contracts are a vital part of the plans for maintaining continuity of service and for accommodating a significant expansion of the NEC Scheme, especially in public transport.”

In March of last year the Improvement Service indicated it planned a refresh of the scheme, reducing some complexities in how the card is used. This incorporated issues such as the information embedded in the electronic chip.

Euclid’s managing director Geoff Neal said the company will supply its Integra smartcards as part of the deal.

“The greatest challenge has been to replace the existing microprocessor card technology with an updated version that would interface to both the ITSO (smart ticketing standard) environment and legacy systems, at the same time deliver increased security,” he said.

“The chosen chip platform was configured by NXP and Euclid, working with partners Unicard, also ITSO, Dundee City Council and Transport Scotland to ensure there will be a seamless transition when the handover from the incumbent supplier takes place in November."