A campaign to develop standards for an online age verification process has been launched by the Digital Policy Alliance (DPA), raising the possibility of public authorities using the service and providing relevant information in the future. 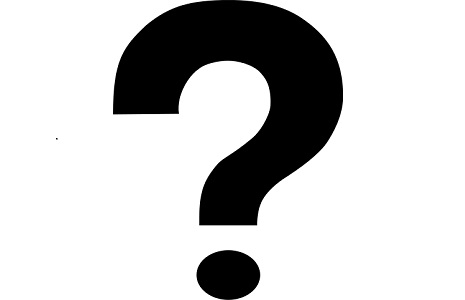 The DPA, a cross-party parliamentary internet and technology group, has sent out a call for industry players to get involved as it begins to work towards a standard that could be adopted by the British Standards Institute (BSI) and ultimately, it hopes, internationally.

Lord Erroll, the crossbench peer who is chair of the DPA, said in launching the campaign: "Education is, of course, most of the answer, but internet service providers also need to take age verification much more seriously. Most of the industries subject to penalties if they do not check the ages of their customers have come together to try to do just that.

"The working group already brings together representatives of the online gambling, adult entertainment, tobacco, online dating and vaping (e-cigarettes) industries and aims to engage with the alcohol industry and educational network operators, as well as with those concerned with child protection, silver surfers, social inclusion and, of course, crime prevention."

Philip Virgo, a member of the DPA's advisory board, told UKAuthority that it is separate to the government's Identity Assurance programme. There are, however, similarities in using the principle of 'verify once, use many times', and in the priority of ensuring it does not provide users with any extra information on individuals.

"It's all about getting a group together to produce a publicly available specification under the BSI routine and get on a fast track to international standards," he said. "We're targeting for international use rather than just being UK-centric."

Virgo said that credit reference agencies can often provide age verification as they have access to a wide range of databases, but these are usually confined to adult activities and are far less likely to provide a reliable service relevant to children. The latter would need to draw on sources that have information on younger people, and is likely to get into areas in which the public sector is active, notably health and education.

The aim would be simply to prove an assertion that a person is over or below a certain age without being exact. Virgo said this is important as some older people are sensitive about stating their age.

The proposal has a long term relevance to government in three respects. One is that the verification process could draw on information held by public authorities to prove the validity of a person's claim about their age.

Another is that it could be used to prove qualification for some services, such as obtaining a senior citizen's travel card, or the CitizenCard for younger people. The third surrounds access to education opportunities that are confined to specified age groups.

There are also possible applications outside of public services but which concern government, such as controlling access to age-related social networks - a step that could ease concerns over the presence of online predators.

The DPA plans to begin working with the industry groups on defining a standard. Virgo said that this has become possible with changes in technology over recent years, and that the BSI has been supportive.

"At the moment the group is refining common needs for one of the publicly available specifications," he said. "When this is agreed it will move towards producing a BSI PAS, which can then go out for widespread review. There is normally a two-year period for this and if there is sufficient support it could become an international standard."

He said a lot of people around the world are looking for a standard to check if someone is over or under a stated age and, if the early progress is good, it could provide the momentum for it to be fast tracked.

"The issue is how to ensure that the processes are trusted," he added." There is a hope that somewhere along the line there will be government departments that will use the services and supply them, but at the moment there no need for government to do anything but welcome the fact that the private sector is stepping up."

He said that currently the DPA has about half of the groups that it needs to get involved and is talking to others to raise interest.