DHSC calls for proposals on AI in health and care

The Department of Health and Social Care (DHSC) has opened up the second round of applications for funding under the AI in Health and Care Award programme. 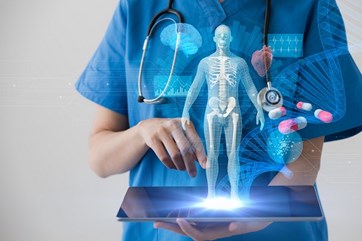 It said that technology companies, researchers and developers are able to bid for support in developing and testing AI and machine learning products for use in the NHS.

The department indicated that it is particularly interested in applications dealing with triage, screening, imaging and intelligent operational automation.

This follows the first round of awards in September, under which 42 projects won shares of £50 million from the overall budget of £140 million.

First round winners set to be tested in the NHS include a phone app that could help detect early kidney disease in urine samples of diabetic patients, an algorithm that could remove the need for the second human reader to assess breast cancer screening scans, and a computer software platform that uses AI to help detect early lung cancer.

Indra Joshi, director of AI at NHSX, said:“Artificial intelligence and machine learning have enormous potential in healthcare. This award will help us harness the enormous range of innovation in AI so the NHS can be a world leader in the use and deployment of these cutting edge technologies.

“Before we can roll out these new devices or processes, the award will enable us to test and evaluate them so we can make sure they deliver the expected benefits to staff and patients.

“We had a huge amount of interest in the first round of the AI in Health and Care Award and, once again we would encourage all those who have an AI tool or product they think could help the NHS to apply now.”

The programme was announced by Health Secretary Matt Hancock in January, who said the focus would be on “finding and boosting existing technologies with serious scale-up potential”, and that the awards will cover all stages of the product cyber, from proof of concept to initial adoption in the NHS.

The money is being made available through the through the National AI Lab – created last August within NHSX – and the NHS Access Collaboration, which brings together industry, government, regulators, patients and the NHS to accelerate the introduction of new treatments and diagnostics.