DCMS to focus on opportunities of data sharing 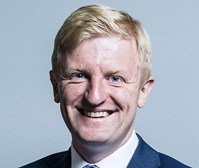 Oliver Dowden, secretary for digital, culture, media and sport, said that there was a chance to rebalance the narrative from seeing only risks in sharing data to also seeing opportunities. “That means creating a regime that doesn’t just focus on privacy, but unleashes the power of data across the whole of the economy and society,” he wrote in a foreword to the Government’s response to a consultation on last September’s National Data Strategy.

The European Commission proposed a data adequacy agreement with the UK in February, which will be needed to allow personal data flows between the UK and EU countries to continue after the end of a six-month bridging agreement this summer. Dowden highlighted Brexit as allowing new agreements with other countries, with the consultation response mentioning Japan, Canada and Israel as countries where the UK has agreed reciprocal free flows of personal data.

As part of the focus on opportunities, the consultation response says that the next information commissioner will be “empowered to ensure people can use data to achieve economic and social goals, as well as maintaining their focus on privacy”. The current information commissioner Elizabeth Denham has published a new version of its statutory data sharing code of practice, which has been laid before Parliament and will come into force after 40 sitting days.

“Through the pandemic we have learned how to process data for the public good quicker, more efficiently and more responsibly. Now we need to capitalise on those valuable lessons,” said Whittingdale, adding that the forum would “help us become the world’s number one data destination – boosting growth and creating jobs while maintaining high standards of data protection and governance”.