The NHS Covid-19 app for England and Wales has been launched today, with the Government urging people to download into their smartphones. 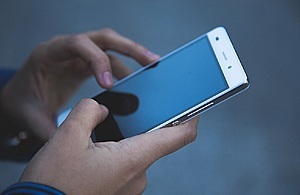 It is available to those aged 16 and over in multiple languages as part of the Test and Trace service for England and NHS Wales’ Test, Trace, Protect programme.

The app works by using Bluetooth to log the amount of time a user spends near other app users and the distance between them so it can send alerts if one tests positive for Covid-19. It will advise them to self-isolate if they have been close to a confirmed case.

It generates a random ID for an individual’s device, which is regenerated frequently to add an extra layer of security and can be exchanged between devices. Also, it does not hold personal information, requiring only the first half of the user’s postcode to help manage local outbreaks.

Other features include a Covid-19 symptom checker, a test booking function, and a time for self-isolating.

Health Secretary Matt Hancock said: “We have worked extensively with tech companies, international partners, and privacy and medical experts – and learned from the trials – to develop an app that is secure, simple to use and will help keep our country safe.

“Today’s launch marks an important step forward in our fight against this invisible killer and I urge everyone who can to download and use the app to protect themselves and their loved ones.”

The UK’s major mobile network operators have confirmed that all in-app activity will not be counted against customers’ data allowance.

In addition, businesses such as pubs and restaurants in England will be required by law to display Test and Trace QR codes so customers can use the app to check-in. The Department for Health and SocialCare said that so far more than 160,000 businesses have downloaded the codes for display.

The app will be used alongside the manual Test and Trace service.

The Scottish Government released its contact tracing app earlier this month and the Northern Ireland did so in July.