Local authorities have been increasing their use of flexible working technology over recent years, according to public sector IT association Socitm. 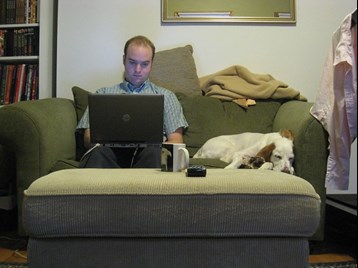 It has highlighted in the trend among the findings of its new Improve Report, which benchmarks progress in specific areas, drawing on the work of its Socitm Advisory service.

Research for the report was carried out over 2018-19, before the coronavirus outbreak, indicating that councils were taking flexible working seriously before the pandemic made it an urgent issue.

There has been a two-year break since the report last looked at the subject, but the new report points to significant increases in the proportion of users within councils equipped to use the relevant technology – up from 39.7% to 75.1% - and those who are doing it daily – from 10% to 13.5%

It qualifies this in pointing out that the figure for those equipped was influenced strongly by three councils having enabled it for almost their entire user base.

Socitm president Sandra Taylor commented: “I was particularly please to learn about the substantial increase in the number of users equipped to work flexibly. Given all the discussion about a ‘new normal’ post Covid-19, it’s reassuring to see that many public sector organisations are getting ahead of the curve.”

The association also highlighted that the resolution of incidents by service desks at the first point of contact had increased from 53% to 70% over two years, and that the percentage resolved within 15 minutes had gone up from 39% to 45%.

Among the other findings is that the benchmark figure for spending on ICT per user was significantly higher than the £2,250 average for recent years at £2,612. This was reflected in increases for spending on workstations, support and networks.