Connectivity and Living Labs in Southwark

Southwark Council has been making good on the old line about every problem creating an opportunity – in this case with its initiative to strengthen the local digital infrastructure. 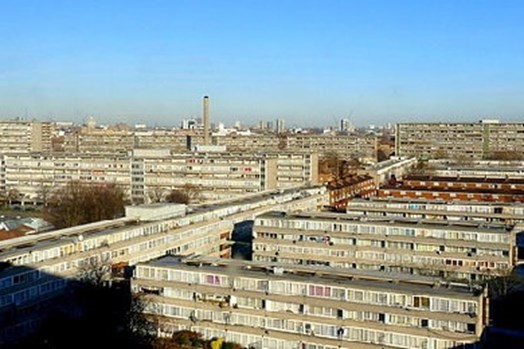 In turn this is going to support its push on smart city initiatives through a Living Labs programme to accelerate its use of internet of things (IoT).

Davina Fell, digital infrastructure programme manager for the London borough, says the stimulus came from the fact that some neighbourhoods, particularly on the Rotherhithe peninsula, have been poorly served for fibre connectivity, which has become a big issue for residents and local businesses.

In 2018 it responded with an initiative reflecting its role as one of the country’s largest landlords. It signed agreements with two small broadband providers – Hyperoptic and Community Fibre – encouraging them provide to fibre to the premises (FTTP) connections to all of the borough’s council estates.

Fell says the incentive for the companies, both of which were new to the market, was to get a strong foothold.

“The idea was we would give Hyperoptic and Community Fibre non-exclusive wayleave agreements, and gave them free rein to install fibre around all our properties,” she says. “Our team has account managed both of the providers, liaising on asset management providing keys for them to get onto rooftops.

“We’ve helped them to deliver at a really fast pace. It’s developed a fibre spine along the borough where now they’re looking to go out to private sector properties as they already have the infrastructure.

“They provide their own infrastructure at no cost to us and have provided free connections for community halls and 12 of our libraries.”

She says that fast progress was made, with about 35,000 properties connected over 18 months, giving residents the options of taking up the broadband offerings of the two companies. They are now planning provide FTTP connections to single dwellings from next month and to make services available to businesses.

Southwark did a similar deal with wireless broadband provider Relish Wireless, enabling it to install infrastructure on council buildings and provide a stronger network coverage in the borough. The was taken up very quickly to reach saturation point, but the company has recently finished an upgrade of its aerials to increase capacity and provide ultrafast connectivity.

“We are providing a lot of connectivity options,” Fell says. “It’s running on 4G but there will be a discussion soon on 5G. We’re talking to various mobile network operators about 5G.

“We are of view that if we are going to work with them we want to make sure there will be full connectivity all around the borough.”

She says Southwark has done more than many councils to match what the providers supply with local needs – a factor she believes has contributed to the patchy roll out of 4G networks – and that it has worked closely with them to ensure they are choosing appropriate locations and  their applications meet local demand. The council has ensured it all happens within the Electronic Communications Code and follows guidance from Public Health England on the health implications of wireless networks.

At the same time, she encourages network providers to devote more effort to a dialogue with councils rather than the heavy emphasis on lobbying local government.

The next stage for connectivity is the aim of getting full 5G coverage around the borough, and the development of a strategy to replace the one that will have run its course in April.

Southwark is relating this to its thinking around smart places technology, with an initial plan to build a data platform, for which it has had support from Transport for London. Work has begun recently and it hopes to a prototype ready towards the end of the year.

“We’re looking at a platform for visualisation, to help our policy team understand the flows around the borough,” Fell says. “It can give our streetworks team an understanding of any roadwork and which alternative routes people can take, pedestrians as well as drivers; and what we can do in emergencies to direct people properly.

“Eventually we want it to be real time data – at the moment we have past data – and there’s so much more we can do with it.

“We’re thinking about pollution. We have a lot of air quality sensors around London but don’t have the transport data, and we need to understand the correlations on what works, what doesn’t. That can help us influence policy better.”

Fell links to this to the council’s Living Labs programme, which is set to run for two years for which it is setting up an advisory board from the public and private sector.  It will look at various smart city concepts with a focus on how departments can use IoT technology and data, and she wants it to overcome a recurring problem with smart cities initiatives.

“Over the years we’ve heard a lot about smart cities projects trialled but nothing has really been scaled up. I have a view that its’ because they have been for isolated services rather than as an environment.

“We are looking at two environments, high streets and housing estates. For the high street it’s about movement flows, the nature of businesses, how parking and loading influences behaviours, and getting data points so we can identify influences.

“It’s the same with estates; how can we be more efficient with electricity, heating, in communal areas; what can we do to reduce crime, maybe through smart lighting.”

She talks of the potential of a data model such as a digital twin to look at specifics, citing the example of changing parking times and the likely consequences in pollution, noise, businesses and street markets.

“It’s all interoperable, intertwined,” she says. “It’s about us having a better understanding and looking what we need to do, identifying the real challenges through the data then using the IoT and smart cities as solutions.

“There are so many things we can do.”

One element of Living Labs will be to identify what type of connectivity would be best for specific needs, with 5G and long range wide area networks among the possibilities; while another will involve working with business teams within the council to see how they could use the data platform and IoT technology.

The prime ambition, however, is that any good outcomes will be scaled up as quickly as possible as part of Southwark’s digital transformation.

“That’s the ultimate goal,” Fell says. “There’s no point in doing it if we can’t turn it into business as usual.”