Commissioner calls for stronger governance of biometrics and analytics

Biometrics Commissioner Paul Wiles has highlighted the need for clear tests of public interest and possibly legislation in the deployment of new technologies using new biometrics and AI driven analytics. 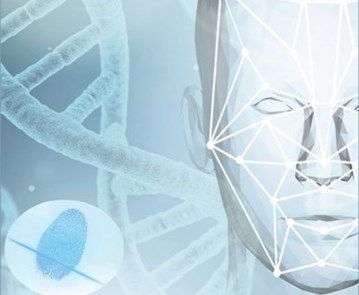 He stated the position as one of several points in a speech to the Westminster Forum, in which he focused on how the response to the coronavirus pandemic has affected the outlook.

At the crux of his statement was that there is a need for the right balance between the quick development and deployment of technologies to deal with a crisis and public concerns over the effects on privacy and civil rights.

He pointed to the way that China has reacted quickly in using technologies that, while having a role in dealing with the pandemic, also impose new forms of social control over its citizens.

Commenting on the situation in the UK, Wiles said: “Different uses of the new technology have emerged out of a series of separate pragmatic decision from government and the private sector.

“So far, continuing with that approach has seemed to be the preferred method of the government, encouraged by a muted public response to current uses of the technologies. However, the extent of public concern has been growing.”

He said there is a need for a standard methodology for trials of new applications, reflecting those already in place for a possible vaccine and medical therapeutics. Without these there is the possibility of unforeseen or harmful effects, and they would improve the prospects of technology solutions proving their value in real world applications.

Wiles highlighted the public interest issue, saying the deployment of solutions should be based on the best evidence available. This is particularly the case for any using biometrics as they often require data about individuals that can reveal aspects of their biological being or social behaviour.

“Such intrusion can only be justified on the basis that it brings other, more general benefits, that outweigh these disadvantages,” he said. “In other words, intrusions into individual rights must be balanced against a wider public interest: what lawyers refer to as ‘proportionality’.”

He warned that public interest tests should not be influenced by groups with a vested interest, and said they can be informed by public sentiment, but this should be measured by more sophisticated means than simple opinion surveys. With this in mind, ministers have a responsibility to lead an informed public debate.

“Such legislation will need a cross-government approach, will not be easy and take time to develop,” Wiles said. “What I do not see yet is a minister anywhere in government leading such thinking and starting a public conversation.”

Image by the Scottish Government