Changes in store at top of GDS

The Cabinet Office has relaunched its search for a new government chief digital officer (GDCO), while announcing that interim head of the Government Digital Service (GDS) Alison Pritchard is set to move on. 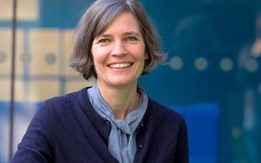 Alex Chisholm, the department’s permanent secretary and chief operating officer for the Civil Service, announced the move, adding that the existing COO of GDS Fiona Deans (pictured) will take on the leadership in the interim.

He said the Cabinet office has begun the recruitment for a GCDO head up its digital, data and technology (DDaT) function at permanent secretary level, responsibilities for which will include oversight of GDS and government digital strategy.

The plan for the appointment was first made public in the Government’s Transformation Strategy of 2017 but has been beset by delays. Chisholm said the Cabinet Office sought out candidates last autumn, and that since he moved into his position in April of this year he has reviewed the role and person specification.

“We have also clarified the levers and support that the GCDO will be able to draw on to make a full success of it,” he said.

Pritchard is set to move on to the Office of National Statistics as deputy national statistician and director general for data capability in October. She has been head of GDS in an interim capacity since June of last year.

“I am grateful to Alison for the direction and leadership she has provided to GDS over the last year,” Chisholm said. “It has been a challenging 12 months during which GDS has performed a vital role at the centre of the Government’s preparations for EU Exit and the ongoing response to COVID-19 - under considerable scrutiny.”

He emphasised the cross-government elements of her new position, saying she will: “drive the transformation of data services available to analysts, decision makers and the public, mobilising data held by departments and providing an authoritative and compelling public face for this agenda”.

Fiona Deans has been in the COO role at GDS since September 2018, leading its various corporate services and having responsibility for the DDaT profession across government.

Prior to that she had stints at software company Barbour logic and at digital cinema services company Arts Alliance Media.