The Cabinet Office has begun work on a programme to develop a digital voter card for people without photo IDs. 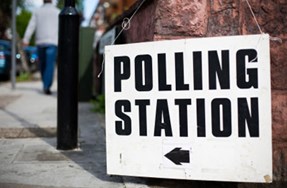 It is carrying out the work as part of the Electoral Integrity Programme (EIP), which will involve voters having to present identification at future elections.

This has prompted protests that it could disenfranchise sections of the electorate who do not have passports, driving licences or other official authentication with their image.

The Cabinet Office has carried out a discovery project and user research, and developed some high level service designs and blueprints.

It has now published a procurement notice for support in alpha and beta projects to run until August 2023.

This says the programme is aimed at enabling voters to obtain a free voter card, which could be in digital or physical format, from their local authority.

No details have yet been published on how a digital card could be provided or work at a polling station.

Objectives for the alpha phase include creating a detailed technical architecture, threat modelling and user research of prototypes. Those for the beta include building and testing the service, setting up cyber monitoring and logging and assessments of the beta and live service.

A House of Commons briefing on the programme says the Electoral Commission has recommended the use of photo IDs in UK elections – as has been the case in Northern Ireland – since 2014 and that pilots in 2018 and 2019 showed the overwhelming  majority of people were able to vote.

But it has also warned that a national roll out must ensure voting remains accessible for all and that the application process for a free voter card should be easy and accessible.