Bristol City Council has created an application programme interface (API) to make all of its transport data available to developers. 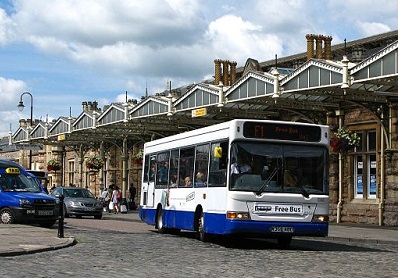 It provides a route to datasets on live bus and train times, stop locations, route maps and non-public transport data such as occupancy in local car parks, the availability of bicycle docks and electric vehicle charging locations.

This will make the data freely available for developers who want to build apps, websites, connected devices or customer information displays to support transport services in the region.

The move has been made as part of the Bristol Is Open project, in which the council and the University of Bristol are making a fibre optic and wireless network available for research, and follows the earlier availability of the data on the Bristol Open Data portal.

It is part of wider aim is to work with the technology community on using data to deal with some of the transport problems around the city.

It has followed up the launch by offering a £1,000 prize for app and software developers to create an innovative service using the API.

Stephen Hilton, director of the council's Bristol Futures team, said: “The introduction of the Bristol API (Transport) is a huge step for Bristol City Council and could improve predicted timings as well as help with journey planning for the public. Using data in this way shows how the council is actively trying to tackle the challenges in the city by collaborating with the tech community and leaders in the industry such as UrbanThings.”