A survey of IT professionals has found a high degree of scepticism about the coronavirus contact tracing app currently under trial for use in England. 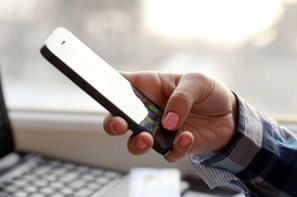 BCS, The Chartered Institute for IT said that a poll of 1,716 of its members, questioned between 11-15 May, revealed that only 24% believe the app will contribute to curbing the virus, with 32% feeling it will make no contribution and 45% being undecided.

Some 42% said they would download it for themselves, with 36% saying they would not and 21% undecided.

They cited a number of concerns, the largest being data security and privacy at 69% and 67% respectively, followed by trust in its effectiveness at 59%, trust in government at 49% and the automation of the advice to self-isolate at 27%.

It was also notable that 51% favoured the decentralised model for holding information being developed by Apple and Google for their apps, against 23% for the NHS model.

Dr Bill Mitchell, director of policy at BCS, said there is still support for the idea of using an app, and that if the concerns are addressed it could ensure the take-up figure reaches the 60% that is expected to provide a real impact on stopping the spread of the coronavirus.

“BCS is clear that if done ethically and competently a tracing app can make a huge contribution to stopping the spread of COVID-19; but a majority of our members don’t believe the current model will work and are worried about the reliance on a centralised database,” he said.

“The Government will need to work hard to convince people that ‘ethical by design, correct by design, and privacy by default’ values are baked into the app to get the download numbers it is aiming for.”