Auditor says DfE ‘could have done better’ with remote learning

The Department for Education (DfE) could have been more effective in supporting schools and pupils in remote learning during the Covid-19 lockdown, according to a new auditor’s report. 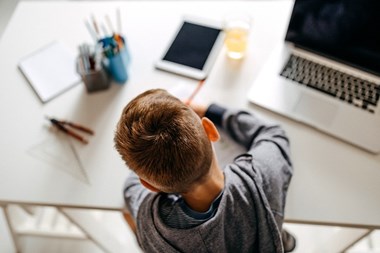 The National Audit Office (NAO) has described a mixed performance in the DfE’s response and said that children from different backgrounds have had contrasting experiences of remote learning.

The report, titled Support for children’s education during the Covid-19 pandemic, says the DfE had no pre-existing plan for mass disruption to schooling and set no requirements for in-school and remote learning in the early stages of the pandemic. But it has set expectations on the provision and quality of remote learning for the 2020-21 academic year.

The DfE has provided almost £5 million for an online learning resource from the Oak National Academy – which has drawn favourable reports – and spent £95.5 million on IT equipment including 220,000 laptops and tablets and 50,000 routers to support disadvantaged pupils. But it failed to distribute much of the equipment until June, meaning that many children were unable to access remote learning until the second half of the summer term.

Although by December the department had delivered almost 617,000 items, the quality of remote learning has varied for children, often depending on their backgrounds. The report cites a survey by the Institute for Fiscal Studies showing that at secondary level 82% of pupils in private schools received active help, such as online classes, video and text chat, compared with just 47% in the poorest fifth of households in state schools.

Schools in more deprived areas may have held back from adopting online activities to limit the impact of children’s unequal digital access at home, the NAO says.

The DfE has also announced a £350 million National Tutoring Programme, but the report says it may not reach the most disadvantaged children, and that demand for academic mentors has outstripped supply.

It recommends that the department should track the longer term impact of Covid-19 disruption on all pupils’ development and attainment, focusing particularly on vulnerable and disadvantaged children, with assessments of the catch-up programme.

Gareth Davies, head of the NAO, said: "The disruption caused by the Covid-19 pandemic was an unprecedented challenge for the Department for Education and schools. During the early months, the department gave schools considerable discretion in how they supported their pupils, which reduced demands on schools but contributed to wide variation in the education and support that children received.

"The evidence shows that children's learning and development has been held back by the disruption to normal schooling. It is crucial that the department monitors the impact of its catch-up arrangements, particularly on disadvantaged children, and acts on the results."